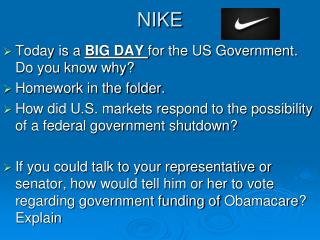 NIKE. Today is a BIG DAY for the US Government. Do you know why? Homework in the folder. How did U.S. markets respond to the possibility of a federal government shutdown ?