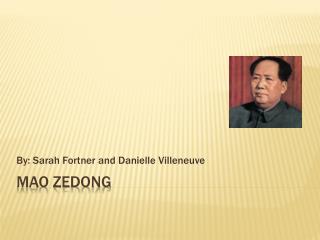 By: Sarah Fortner and Danielle Villeneuve. Mao Zedong. Compare and contrast how the status of women and minorities changed in Nazi Germany to another single party state. Paper 2 Question. Born outside of the Shaoshan village in 1893 (Stewart 11)