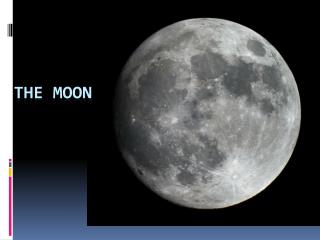 The Moon. Essential Question What if there was no moon? Objectives Students will be able to: Describe formation theories of the moon Describe how the moon affects tides Identify the phases of the moon Provide the mechanism for eclipses Differentiate between solar and lunar eclipses.

Moon shots - The moon is captured by photographers from many different spots on earth, from different