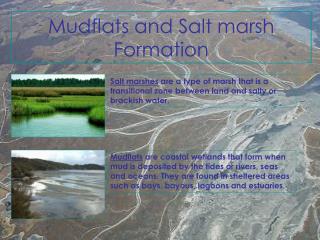 Mudflats and Salt marsh Formation. Salt marshes are a type of marsh that is a transitional zone between land and salty or brackish water. . The Plants and Animals of Salt Marshes and Mudflats - . by haley &amp; julia. animals in salt marshes. invertebrates.

Salt Marsh Ecosystem Food Web Assignment - S 7l4.a demonstrate in a food web that matter is transferred from one organism