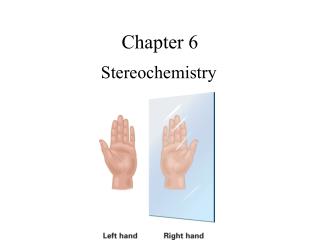 Chapter 6. Stereochemistry. Enantiomers and the Tetrahedral Carbon. Stereoisomers: Have the same molecular formula and the same order of attachment of their atoms (the same connectivity), but different three-dimensional orientations of their atoms in space.