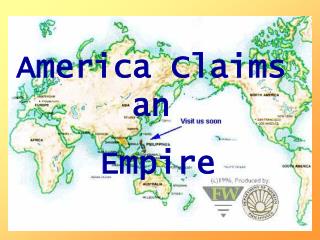 Ch 18 - Imperialism - . aks. 43a - describe the spanish-american war, the philippine insurrection, and the constitutional

Imperialism- Ch 27 P1 - . imperialism- when a country extends it’s rule over another country by taking it over, that

Ch 10, Section 1 Imperialism and America Part B - . who was the unites states secretary of state in 1867? william seward

CH 19-21: American Imperialism - . in the beginning… washington. when george washington stepped down as president he

Ch 30 – Imperialism in Africa - . what do you think of when you hear “imperialism”?. write down the first words

CH 19-21: American Imperialism - . in the beginning… washington . when george washington stepped down as president he