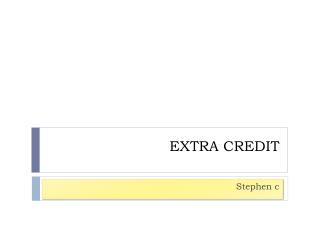 EXTRA CREDIT. Stephen c. geologic time scale. The period of time covering the physical formation and development of Earth, especially the period prior to human history. mid atlantic ridge . A submarine ridge system that extends the length of the Atlantic Ocean.  . fossils .