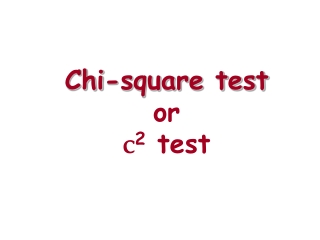 The Chi Square Test - . “the goodness fit” test. purpose. used in genetics to determine how close to the expected