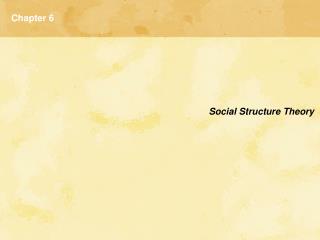 Chapter 6 Social Structure Theory Socioeconomic Structure and Crime The U.S. is a stratified society: social strata are created by the unequal distribution of wealth, power, and prestige.