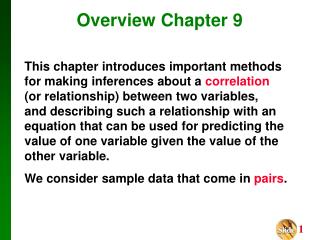 Chapter 9 Overview - . specific hazards working in die casting plant by being aware, they can be avoided, ensuring a safe

Chapter 8-9 Overview/Review - . leading into chapter 10 – pay attention, you’ll be doing an assignment linked to this

Chapter 9 Overview of Authentication System - . in a network, bob can not “see” alice, so trudy simply declares

Chapter 9 Experimental Research: An Overview - . learning outcomes. after studying this chapter, you should be able