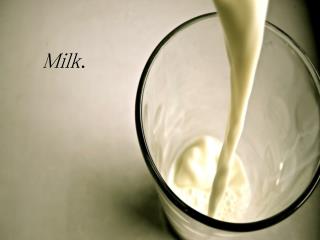 Milk . MILK. The Truth. A Cow. The History of MILK. Milk is as ancient as mankind itself as it is produced by all species of mammal, from man to whales as the perfect source of nourishment for their young.