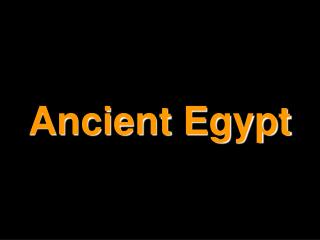 Ancient Egypt. Location Pharaohs Pyramids Writing Gods Temples Afterlife. Ancient Egypt. Nile River - Running over 4,000 miles, it is the longest river in the world. Geography. Egypt is a country in the continent of Africa. This is Egypt. Mediterranean Sea. Nile Delta. ANCIENT EGYPT and NUBIA - . ancient nubia. kush, the egyptian name for ancient nubia, was the site of a highly advanced,

Ancient Egypt - . where and when???. what do you know about egypt?. what is egypt famous for?. pharoahs, mummies,

Ancient Egypt - . how did geography influence the development of civilization in ancient egypt?. “egypt is wholly the

A journey to Ancient Egypt - . jessica terry and igor. where is egypt. egypt is in africa the river nile is the longest

Ancient Egypt - . 2.2 how do the monuments of ancient egypt compare to those of the united states? . instructions. fill

An Ancient journey - . by claudia cayden and andrew. where is egypt?. egypt is in africa . the capital of egypt is cairo.

ANCIENT EGYPT - . land of the pharoahs. geography. egypt is almost all desert. egypt is located next to the nile river.

Ancient Egypt - Rule of the pharaohs – 2920 bc to 332 bc. ancient egypt. location: the black and the red social order