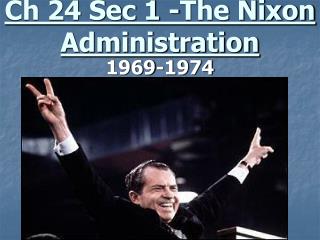 Ch 24 Sec 1 -The Nixon Administration. 1969-1974. Man Walks on the Moon!. Essential Questions:. What were Nixon’s plans to lead the nation on a more conservative course? What was stagflation and what steps did Nixon take to battle it? What was Nixon’s Southern Strategy ? Anaphylaxis &amp; Epinephrine Administration by the EMT - . adapted with permission from the pilot project for the