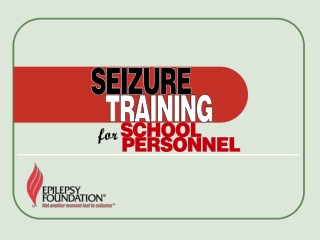 Objectives. Recognize common seizure types and their possible impact on students Know appropriate first aid Recognize when a seizure is a medical emergency Provide social and academic support. What is a Seizure?.