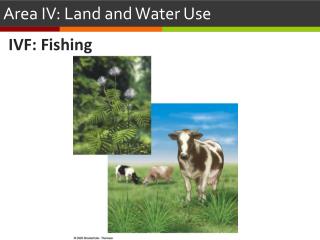 Area IV: Land and Water Use. IVF: Fishing. 14-8 Catching and Raising More Fish. fisheries are the third major food-producing system ~55% of annual commercial catch from ocean ~45% from use of aquaculture to raise marine and freshwater fish Turbidity - . fall 2010 nikki byrd. what is turbidity?. measure of water clarity degree to which water is scattered and

FLOODING - . an environmental management presentation. what is a flood?. a flood is an overflow of an expanse of water

Aqueducts - . where are we?. we estimated the land area needed to supply water to nyc how large a pipe is needed to carry