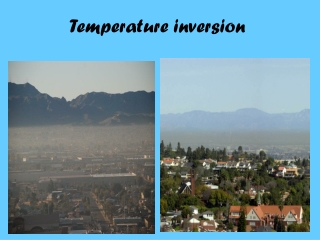 Inversion Temperature - . temperature : a measure of the average speed at which molecules are moving or vibrating. air

The Surface-based Temperature Inversion on the Antarctic Plateau - 5. effect of wind speed on 2- to 22-metre