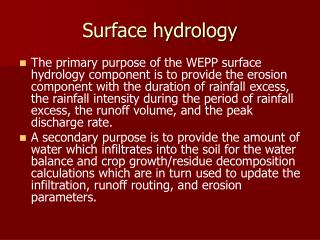 Hydrology - . fill . how fill works sinks and peaks are often errors due to the resolution of the data or rounding of