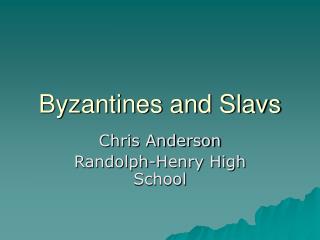 Europe and the Mediterranean - . austria. history occupied by celtic tribes in pre-roman times bavarians, slavs and

Slavery in America - . from colonial america to antebellum u.s. earlier forms of slavery. slavery existed in many places

Major Battles of World War II - . the holocaust. genocide: the systematic and purposeful destruction of a racial,

Opening Question (3/5) - . what country did islam begin in? what are the two most important cities in islam? what is the

Cultural Geography of Russia - The slavs. of all the ethnic groups in russia and the eurasian republics, the slavs are

East Meets West - . the crusades. causes: adventure. after christianization of the vikings, slavs, and magyars there was