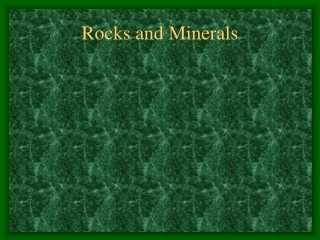 Rocks and Minerals. Elements, Compounds and Mixtures. Matter is anything that takes up space and has mass. All matter can be classified into three forms: elements, compounds and mixtures. Element.