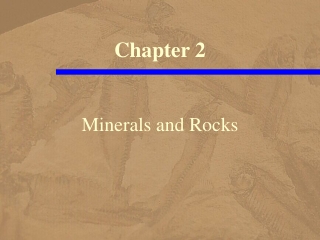 Chapter 2. Minerals and Rocks. Earth Materials – Minerals. Some minerals, such as gold, have fascinated people for thousands of years and have been supposed to have mystical or curative powers Minerals have many essential uses in industrial societies Minerals are the basic units