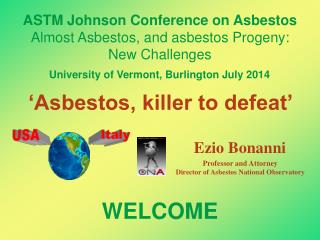 How to Write a Resume: A Killer Resume and Cover Letter That Gets More Job Interviews! - Everyone in the business

Asbestos Awareness Training - . please note: this awareness package runs automatically (you can use the ‘ ’ and

Read “The Storyteller”: on Pg. 71. How did the defeat of the Spanish Armada impact England’s attempt at - Warm-up

Grains - . lesson plan 11. copyright 2008 defeat diabetes foundation. what’s a whole grain?. most of the time the

Fault Detection, Consequence Prevention, and Control of Defeat - . “to find fault is easy; to do better may be

46. IRONY - . definition – contrast between expectations and reality. there are 3 kinds. examples: verbal – “pop