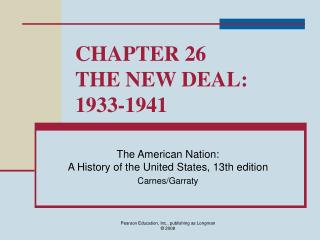 Chapter 31 Pediatric Emergencies - . objectives. there are no 1985 objectives for this chapter. unique needs of children.

THE NEW DEAL - . america gets back to work. ppt taken from http://