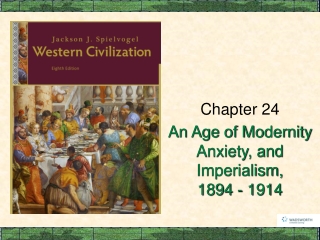 Chapter 24. An Age of Modernity Anxiety, and Imperialism, 1894 - 1914. p. 737. Toward the Modern Consciousness: Developments in the Sciences. Science offers certainty Thought science would give complete understanding of the world and accurate picture of reality