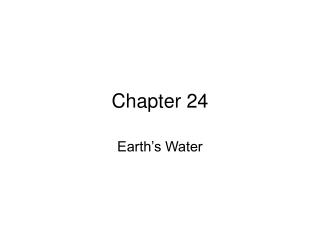 Chapter 24. Earth’s Water. Water on Earth. Water is the most abundant chemical compound near the surface of the earth. It covers about 70% of the earth’s surface.