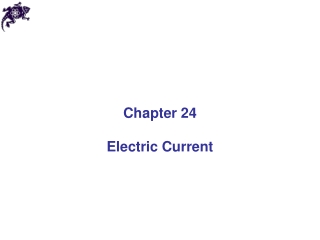 Chapter 24. Electric Current. André-Marie Ampère 1775 – 1836. Electric Current. The electric current I is the rate of flow of charge through some region of space Let us look at the charges flowing perpendicularly to a surface of area A The average current :