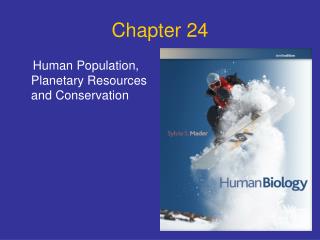 Chapter 24. Human Population, Planetary Resources and Conservation. Points to Ponder. What does the human population growth look like in the MDCs and the LDCs? What is the biotic potential and the carrying capacity? What are the renewable and nonrenewable resources that we use?