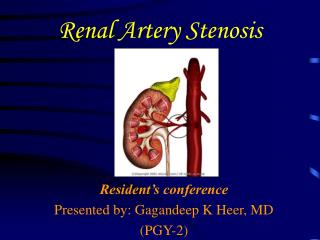 Renal Artery Stenosis - . major cause of renovascular hypertensionincreasingly recognized as an important cause of

Revascularisation in Renal artery stenosis - . dr bijilesh u. atherosclerosis accounts for about 90% of cases of renal

The renal artery splits into segmental branches. - L the kidney is divided into cortex and medulla. the medullary areas