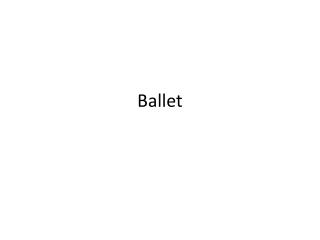 Ballet - . the word ballet is french and began being used in english around the 17th century. the french word originated

Ballet Flats - Define a diverse culture of fashion. it has been the most aspired and experimented shoe fashion of all