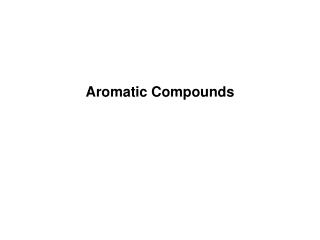 CHEMICAL BONDS - . i. chemical compounds. compounds are made from more than one type of atom (element) are made during

Ch. 13 Hydrocarbons - . milbank high school. objectives. 1. what is organic chemistry? in general, how do organic

24.1 Petroleum Refining and the Hydrocarbons 24.2 Functional Groups and Organic Synthesis 24.3 Pesticides and - Chapter

POLYCYCLIC AROMATIC HYDROCARBONS - What are they? pahs are a group of chemicals that are formed during the incomplete