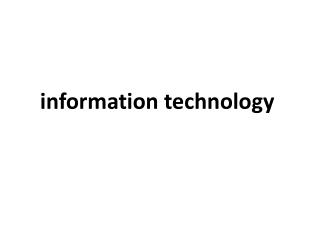 information technology. Computer Users. Use computers for work and personal tasks. Do not necessarily have much technical knowledge. When they need technical help, they usually obtain it from the computer professionals.