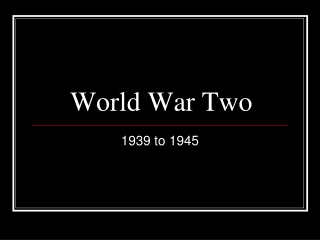 World War Two. 1939 to 1945. Origins of the War. World War Two was caused by two linked but separate events: 1) The Treaty of Versailles 2) The Great Depression. Hitler and the Nazi Party.