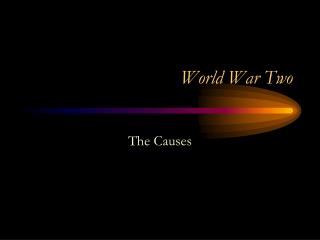 World War Two. The Causes. World War Two. In the 1930’s Germany, Italy and Japan wanted to build new empires. All three became aggressive in taking over land. The League of Nations was weak and could not stop this aggressive imperialism.