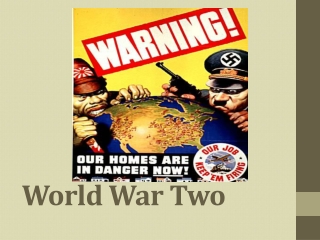 World War Two. The End of the War. Any writing in orange is a hyperlink that once clicked will take you to website or video with more information on the subject. Stalingrad.