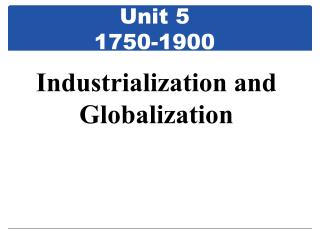 MODERN ERA: 1750 - 1900 - . changes in the nature and functions of state structures. revolutionary ideas. revolution a

The Transport Revolution 1750-1900 - . how did people transport goods and resources in 1750?. the transport revolution