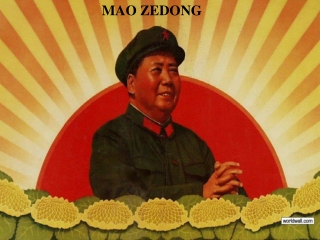 MAO ZEDONG. Mao Zedong was the leader of China’s Communist Party. He convinced China’s peasants to overthrow their weak government and install Mao as “Chairman”. He encouraged the killing of all “capitalists” in his country. Capitalism is the enemy of Communism. What was ‘Mao Zedong Thought’? - . l/o – to identify the key features of maoism and to explain how it influenced

Communist China - . by: j’moni bonner. mao zedong. s on of a peasant farmer b orn in chaochan china communist party

Mao Zedong and the Cultural Revolution - . life for the workers. timeframe. the great proletarian cultural revolution

THE LITTLE RED BOOK - . analyze: it means to not be afraid to do what is right and that you are free to follow mao

The Black Panthers - . “political power also grows out of the barrel of a gun.” - mao zedong ( tse -tung). julian