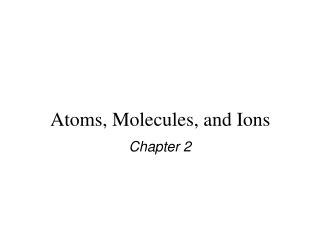 Essential and trace ions - . ions with biochemical functions and have deficiency syndrume are : iron and iodide. ions

Ions and valence electrons - Ions. formed by gain or loss of electronswhen positive, the name of the ion is the same as