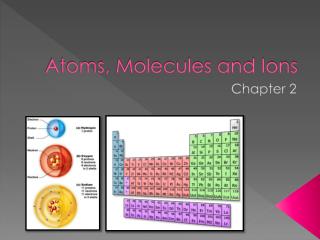 Atoms, Molecules and Ions. Chapter 2. Dalton’s Atom. What are the main components of Dalton’s theory?. Elements are composed of atoms, which are specific to that element Compounds are made up of more than one element Atoms (matter) cannot be created or destroyed. Atomic Structure.