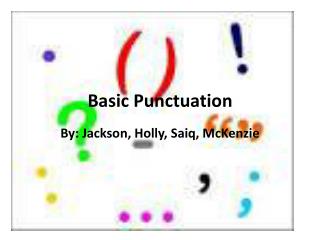 Basic Punctuation. By: Jackson, Holly, Saiq , McKenzie. Definitions. Comma- the sign is a mark of punctuation used for indicating a division in a sentence

Basic MATLAB Programming Course - . what we will learn in this session. the basic matlab interface. basic commands.

CHAPTER 2 BASIC ELEMENTS OF C++ - . in this chapter, you will: become familiar with the basic components of a c++

Game Theory - . 6/3/10. basic concepts. in a strategic setting, a person may not always have an obvious choice of what is

Chapter 11: Basic I/O Interface - . introduction. this chapter outlines some of the basic methods of communications ,

Chapter 11: Basic I/O Interface - . introduction. this chapter outlines some of the basic methods of communications ,

HYDROLOGY BASIC CONCEPTS - . hydrology. hydrology is the science of the waters of the earth and its atmosphere. deals

GNS 430 Basic Usage - . vfr gps usage. disclaimer. this briefing is to designed to give an introductory overview so that

Basic Referee Course - . regional referee badge required for u9 and above no prerequisites requirements: register for

Kung Fu Punctuation based on Ros Wilson’s work - . précis from write on target refer to the punctuation pyramid and