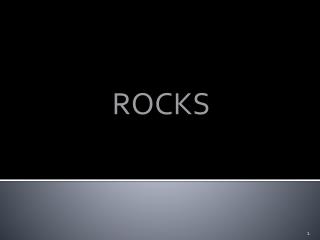 ROCKS. What is a Rock?. The material that makes up the solid parts of Earth is known as rock . Three major types: Igneous Sedimentary Metamorphic. Properties of Rocks. Physical and chemical properties of rock is determined by how and where it’s formed.