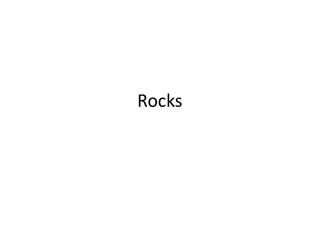 Rocks. Bellringer. K= know about rocks already W= Want to learn about rocks L= Learned about rocks. Rocks are composed of 1 or more minerals There are 3 types of rocks: igneous, sedimentary, and metamorphic