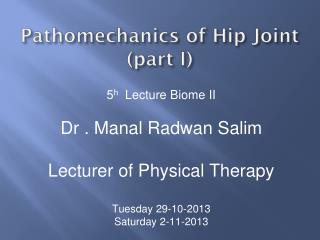 HIP JOINT - . it is one of the largest joints in the body. it is the connection between the lower limb and the pelvic

HIP JOINT - . by: dr. mujahid khan. articulation. the hip joint is the articulation between the hemispherical head of