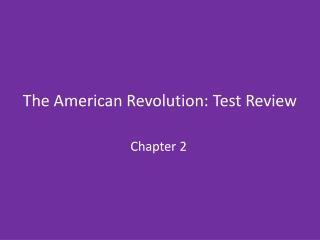 The American Revolution: Test Review. Chapter 2. Surrendered to the Americans at Yorktown Charles Cornwallis. This colonial, hanged as a spy, uttered these famous last words, “I only regret that I have but one life to lose for my country.” Nathan Hale. Chapter 5: The Enlightenment and American Revolution - . section1: philosophy and the age of reason. section 1

TEST 9 REVIEW - . mrs. chustz—biology ii the circulatory system. a) increased circulation to the heart b) larger

World Geography Semester Review - . spring 2012. #1. because of the industrial revolution, europe transformed from