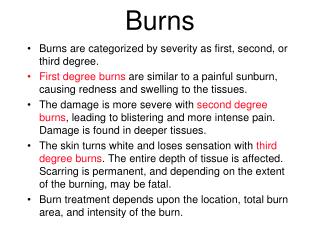 Burns. Burns are categorized by severity as first, second, or third degree. First degree burns are similar to a painful sunburn, causing redness and swelling to the tissues.