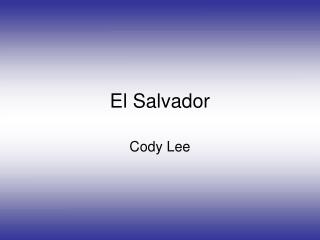 El Salvador. Cody Lee. Country and Capital. El Salvador is the smallest and most densely populated country in Central America. Capital is San Salvador, also the country’s biggest city. El Salvador has a population of about 6.2 million people