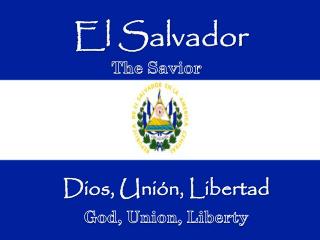 El Salvador - . cody lee. country and capital. el salvador is the smallest and most densely populated country in central