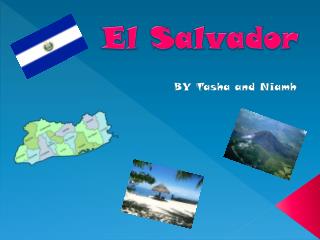 El Salvador. BY Tasha and Niamh. Facts. The nationality is Salvadoran!. The population in 2009 Is 7.2 million almost 90% of this is Indian and Spanish!. The language is Spanish !. A lot of Salvadorans like to have there own animal farms, they use their animals for meat to eat.

Surrealism - . the life and history of salvador dali “the only difference between me and a mad man is that i am not