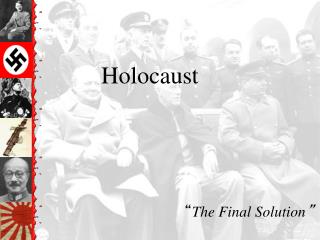 Holocaust. “ The Final Solution ”. Horrors of the Holocaust Exposed. The Prelude to the Final Solution. 1933 When Hitler took power, he used his new powers under the “ Enabling Laws ” to begin his attack on the Jews