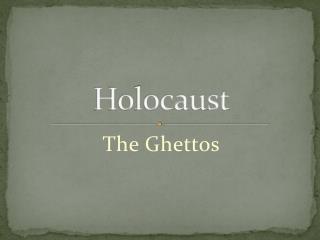 Holocaust. The Ghettos. World War II began on September 1, 1939 when Germany invaded Poland and England and France came to its defense. Poland was defeated in a matter of weeks. There were 5.5 million Jews in Poland and western Soviet Union. The area had a history of anti-Semitism.