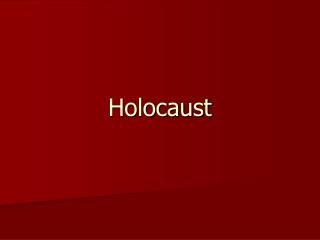 Holocaust. Basic Definitions to know. Holocaus t: attempted genocide resulting in the murder of approximately 12 million people 6 million Jews Genocide : an attempt to eliminate an entire group of people Anti-Semitism : hatred of or prejudice against people of the Jewish faith. Background.