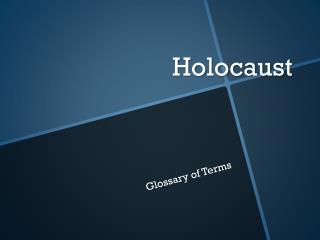 Holocaust. Glossary of Terms. Allies: During World War II, the group of nations including the United States, Britain, the Soviet Union, and the Free French, who joined in the war against Germany and other Axis countries. . Annihilation: The act process of being completely destroyed. .